Home  /  News   /  Completion of the works on the Wasa Express ferry

Modification and repair work on the Wasa Express ferry, a Ro-Ro/Passenger Ship, which has recently changed her owner following her acquisition by UME Shipping LLC, is now completed.

The ship should leave Turku Repair Yard, one of BLRT REPAIR YARDS, members of BLRT Grupp on October 1st, and head off to a port in the Red Sea.

According to him, the repair and modification work undertaken was aimed at improving the condition and the operational state of the ship systems and machinery.

As it happens, this ferry had already been repaired at BLRT REPAIR YARDS: she had been under repairs at Tallinn Shipyard four times — in 2013, 2015, 2016, 2019, and, further to that, there had been several afloat repairs on the Vasa-Umeå route. 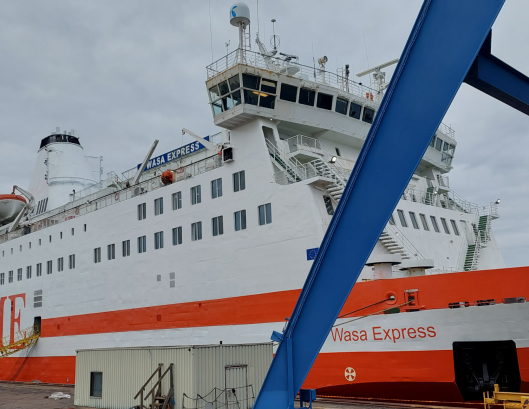